Have written and dedicated a couple of posts earlier on the topic of Giving.

But here is my dear mother’s philosophical perspectives where she focuses on the the spiritual mindset in giving.

There is a saying in Tamil.” What ur right hand gives, the left hand should not know”. True. While giving, unknowingly a little superiority, seeps in. To counter our ego secrecy n humility is needed. Giving is called Dhaanam .

There are various types of giving. It can be of anything. Money used unwanted items like clothes or other durables, food items, even sharing your knowledge is a form of giving.

Giving new unused things of good quality is the best Dhaanam. This is followed in ritualistic or religious dhaanam.
Always give with humility. Never show attitude.
Give to worthy persons. Donate to needy ones. Giving shoes to a legless person is useless . It will hurt the person reminding his disability. There is a saying ‘pathiram arindhu pichai idu. ‘

While donating unwanted used items see that it can be useful for at least six months or further. Never give throw away things.

Give happily, with a full heart. Anything given with a prayer in mind and lots of goodwill at heart will bring prosperity and happiness to both the giver and receiver.

Another important aspect of giving is never to boast or keep on reminding them. Once given it ceases to be yours… The recipient has all the freedom to use it the way they want. Do not expect a life long gratitude.

Satvic is the one which is given to worthy persons with full humility and without expecting returns in any form.

Rajasic is the one which is given to show supremacy or expecting some favour in return.

Tamasic is the one where one gives with attitude, without respect to place n time to undeserving persons. 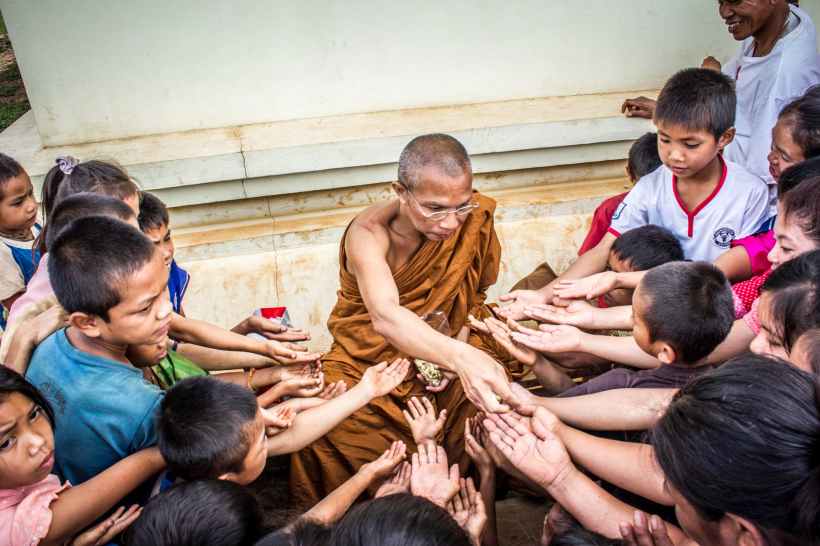 The best dhanams are
Anna dhaanam -. Feeding the poor( It satisfies)
Vidya dhaanam Sharing ur knowledge and skill. (It increases)
Kanya dhaanam – giving a daughter in marriage. (I think it’s about letting go of a child be it a son or daughter into their next phase of life)
Raktha dhaanam and organ dhanam-. Saving one’ s life.

Keep giving.
Give wholeheartedly.
Give with a smile.

True giving is when you don’t feel the weight of parting in the giving.

You never know how many lives you are unknowingly touching.

3 thoughts on “On Giving”