There is a delight in disorder.

There is underlying harmony in the chaos

There is joy in the un-calibrated.

There is peace in abandon.

A freedom to grow.

In the wilderness of spirit.

There in that horizon beyond where the earth meets the sky.

Find nature in its true form  In pristine glory.

There is abundance there is flow.

A pretty sight to behold.

Of colours in a pattern.

A work from the heart.

An engineering  of marvel. 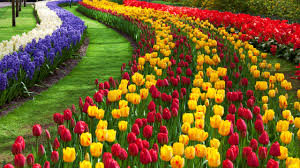 The ingenuity of man interweaving with nature.

A rainbow on earth.

With teamwork and technicality.

A heaven on earth.

A sight to behold!

Imploring you to feast your eyes on a visual treat!

An ever evolving knowledge
An evergreen life
An honest friendship
An everlasting prosperity
An ageless youth
A healthy body
An ever curious mind
An ever-loving spouse
A righteous child
A life brimming with laurels
A truthful word
An unhindered giving  of charity
An abundance of true wealth
An uncorrupt leader
A spotless life
An ever revering bow in  faith
A blessing of wise friends
A devotee’s prayer from the heart.

“Above verses are excerpts from Abhirami Padhigam that I have translated from Tamil to  English.”

Here is a share of a story of faith and prayer.

Abhirami Pattar (born Subramaniya Iyer) (late 18th century – early 19th century) was a semi-legendary Hindu saint from the south Indian state of Tamil Nadu. He is famed as the author of a collection of hymns called Abhirami Anthadhi which is widely regarded as one of the foremost works of modern Tamil literatureSubramaniya Iyer was born to Amirthalinga Iyer in the village of Thirukadaiyur. Thirukkadaiyur has one of the elegant Brahmin quarters near the temple called as agraharams established by the Maratha ruler Serfoji I, a great admirer of Brahmin poets and bards, in the early part of the 18th century. The village was famous for its Shiva temple, called Amritaghateswarar-Abirami Temple, Thirukkadaiyur. Right from his childhood, Subramaniya Iyer was drawn to the temple and the Goddess.As he grew, Iyer developed a fanatical devotion to the goddess Abhirami. He would sit in a corner of the temple meditating upon the Goddess and singing her praises. As time passed, he was forever immersed in meditation upon the Goddess that he began to observe the supposed likeliness of the Goddess in the persona of the women around him and often showered them with flowers. According to sources, soon, a particular section of the populace began to regard him as a madman.

The story goes that one day, Raja Serfoji, the Maratha Raja of Thanjavur who ruled over the land, visited the temple to pay homage to Shiva. On noticing the peculiar behaviour of Iyer who was in deep meditation, he inquired the other priests about the individual. One of them remarked that he was a madman while another rejected this categorization explaining to the king that Iyer was only an ardent devotee of the Abhirami. Seeking to know the truth himself, Serfoji approached Subramaniya Iyer and asked him what day of the month it was i.e. whether it was a full-moon day or a new moon day. Iyer answered mistakenly that it was a Pournami (full moon day) who could see nothing else but the shining luminant form of the Goddess in his meditation. While in reality, the night was an Amavasya (new moon day).

After Subramanya Iyer’s meditation on Devi, other priest’s in the temple informed about the incident and the way he answered king. later Iyer realising his mistake, he supposedly lit a huge fire and erected a platform over it supported by a hundred ropes. He sat upon the platform and prayed to Devi. He cut off one rope after another in succession on completion of each verse of his prayer. These hymns form the Abhirami Anthadhi. On the verge of completing the 79th hymn, the goddess manifested herself before him and threw her thadanga (diamond earring ornament), over the sky such that it shined with bright light upon the horizon. Sri Abirami Devi bestowed him saying “Dear son, I changed your mad answer as truth”, overcome with ecstasy, Subramaniya Iyer composed 22 more verses in praise of her.

The king who witnessed it, bestowed upon the latter the title of “Abirami Pattar” or “One who worships Goddess Abhirami or The Priest of Goddess Abhirami” and supposedly awarded his successors the privilege of using the title “Bharathi”.

Sharing my reflections on learning spaces and how I can imagine it.

Being a dance educator spaces in and around me are of great significance and especially a learning space for dance education.

A space that’s open yet bounded with a focus can be conducive to learning as when the process of exploration begins it is helped by a structured approach.But while boundaries may be reminding of a journey having a destination, it is the openness that reflects the never-ending source of creativity.

The spirit of this reflection will be when both the voice of an individual or the collectives of a group is heard. Where the voice of concerns is addressed in trust, honesty and empathy.There is solitude to absorb your understanding as well as companionship for conversations to test, reflect and enhance learning.

A space for learning can be contemplative, restorative, uplifting, energising, stimulating, regenerating, calming, accepting reflection as after all the horizon of learning is always expanding.
Savvy