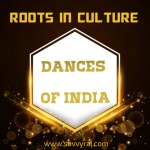 In a land of diversities in all spheres from culture to climate, from religion to celebrations.
Every region expresses its culture distinctly according to the ethos of the people of that particular region.And as dances are a coherent expression of human nature thoughts and feelings, each form of dance that originates, encapsulates it distinctly.
Indian dances can be broadly divided into Classical Dance Forms Semi Classical and the Folk forms.
The most well known Classical Dance styles of India are the Kathak, Odissi & Manipuri of Northern and Eastern parts of India.And
Bharatanatyam Kuchipudi and Mohiniattam Kathakali from Southern parts of India.
Classical Dance and Arts is given a revered status as according to the legends, the Gods invented the dance. It incorporates music melody beats drama form and line along with gestures through hand fingers and eye movements.
The elaborate costumes and heavy makeup somehow helps convey many depictions of the overall performances.
There are a number of Folk dance forms that are performed as well.
Traditionally all these forms have been structured around the nine emotions or rasas namely:
The earliest Indian religious texts have described creation in terms of a dance. And the dances of India are said to have their origins in the Vedic Age of 1000BC
Even today the practice of the Indian dances have an element of religious rituals although much may have changed with time.
Musings on Dancing

A dance is an expression of who we are, our mindset our bodies our culture all intermingled inextricably. It is a statement of our roots and our connection to others.

We can express ourselves by learning and staying rooted in the structure or choose to vary and fuse and develop our understanding by adding to the repertoire other dance forms and evolve in the sharing. The choice is ours to choose. We don’t need to discard old learning as we learn something new but align ourselves to understand the larger picture. This way we experience diversity for ourselves as we learn to see the significance of every form its contribution its essence and relevance of its roots in culture through the movements and expression. Learning dance from different lands helps us understand and evolve. We can learn to respect others traditions and cultures while valuing our own.